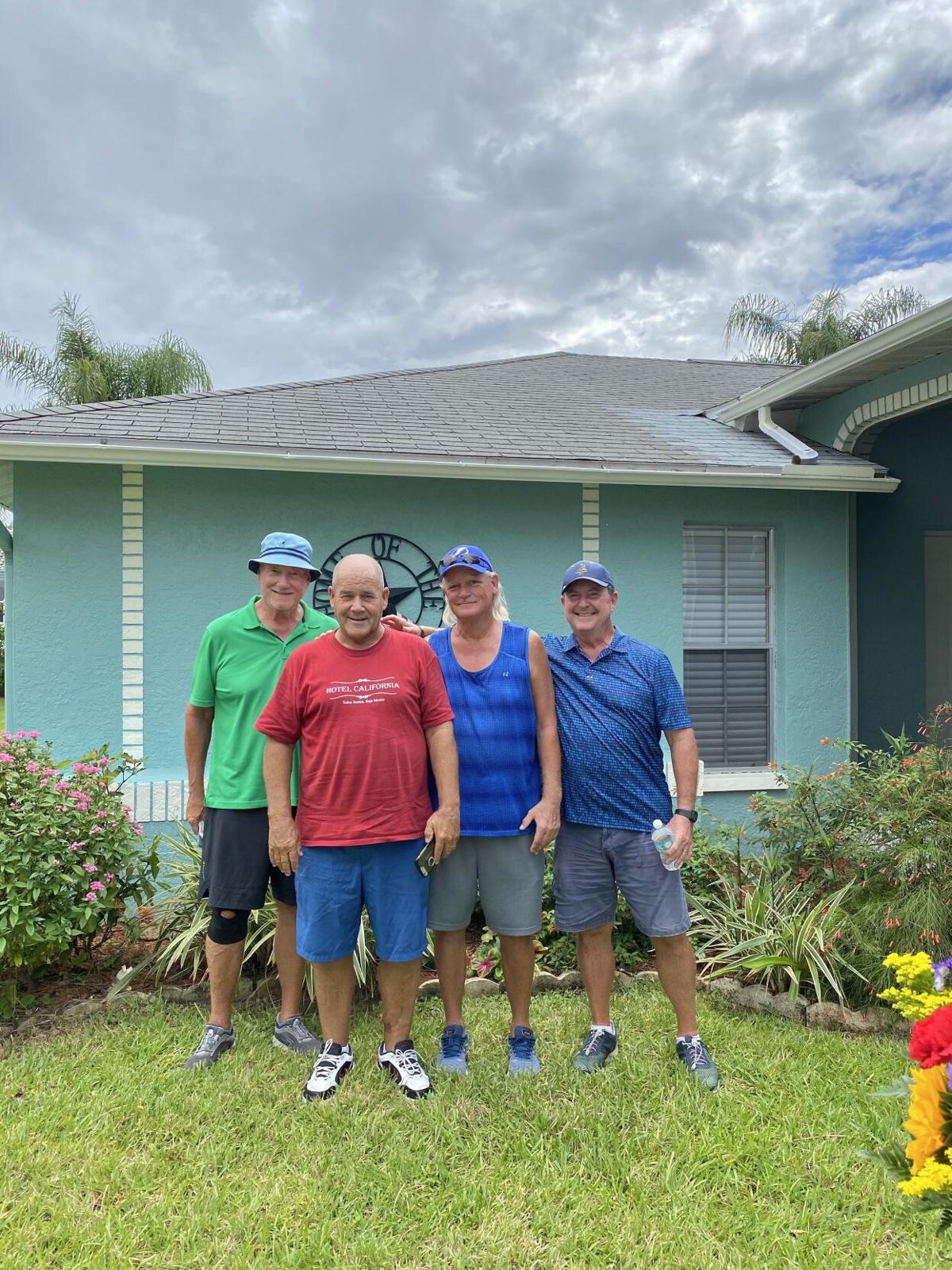 Henry Samuel, second from left, with members of his golf club.

Katie Samuel is a Physician Assistant at Porter Medical Center in Middlebury, but she's also a writer, or at least became one to tell the astounding story of her father and how he saved his own life.

Katie moved to Vermont to serve the people of her community in Porter's Emergency Department. Her story gives you a glimpse of how she cares for her patients and why she embodies the Vermont culture.

Palm Harbor, FL- Henry Samuel may be his own guardian angel. Mr. Samuel - Hank to his friends - is a resident of the Highland Lakes retirement community, an avid golfer, a former volunteer firefighter, and a current Citizens Academy service organization member.

His experience in these fields told him that considering the age of the average resident and visitor to Highland Lakes private golf course, perhaps the organization should purchase defibrillators and other medical equipment in case of emergencies. But, unfortunately, there was strong pushback from the retirement community, and Hank had to change his approach to the task.

He spoke to the community's legal counsel and made the case that since so many residents are at risk for life-threatening medical conditions, Highland Lakes could be found liable in a court of law if an incident occurred and the community hadn't taken reasonable precautions.

On September 19,  Hank was playing golf on the Highland Lakes course with some friends. He had just returned from his daughter Katie's wedding in Vermont to Zack Zoll, no relation to the company.

Midway through his game, Hank began to feel unwell. He bent down to place his ball on the tee for his next shot and collapsed. He had just had a heart attack.

His friends immediately called 911, and one of them remembered that there was a defibrillator in the clubhouse. He used this to perform CPR until the paramedics arrived to take Hank to Mease Countryside Hospital.

Less than a week later, Hank was released. Dr. Patrick Cambier, the attending physician, said that he might not have survived if not for Hank lobbying for medical equipment.

Even others would say, given Hank's reputation, he may have wanted to test the equipment before it was used on others.

While we may never know the truth of the story, one thing remains clear: Hank, his family, and the Highland Lakes Community are all very fortunate to have this Florida Man around.

We love you, Dad!