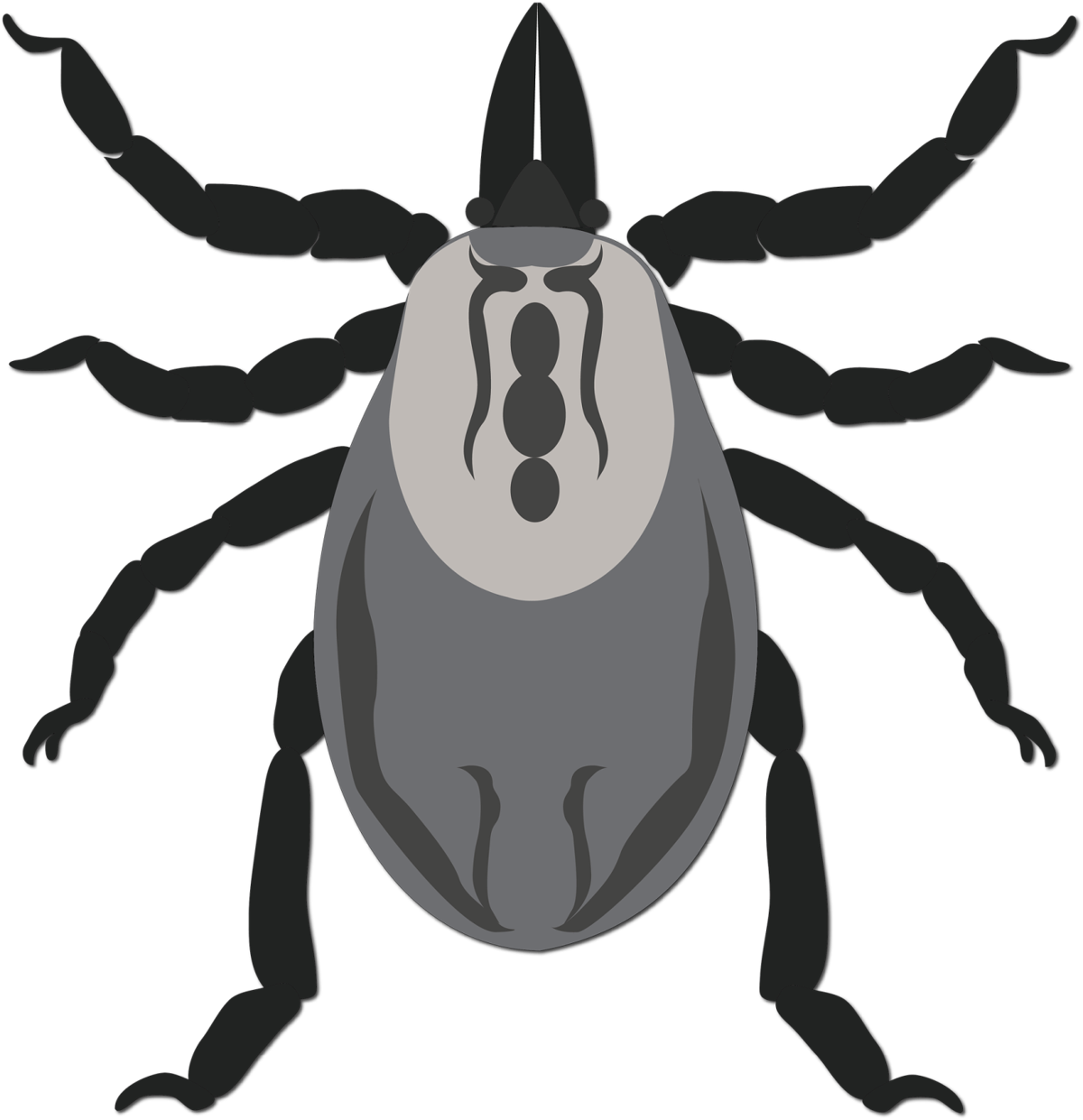 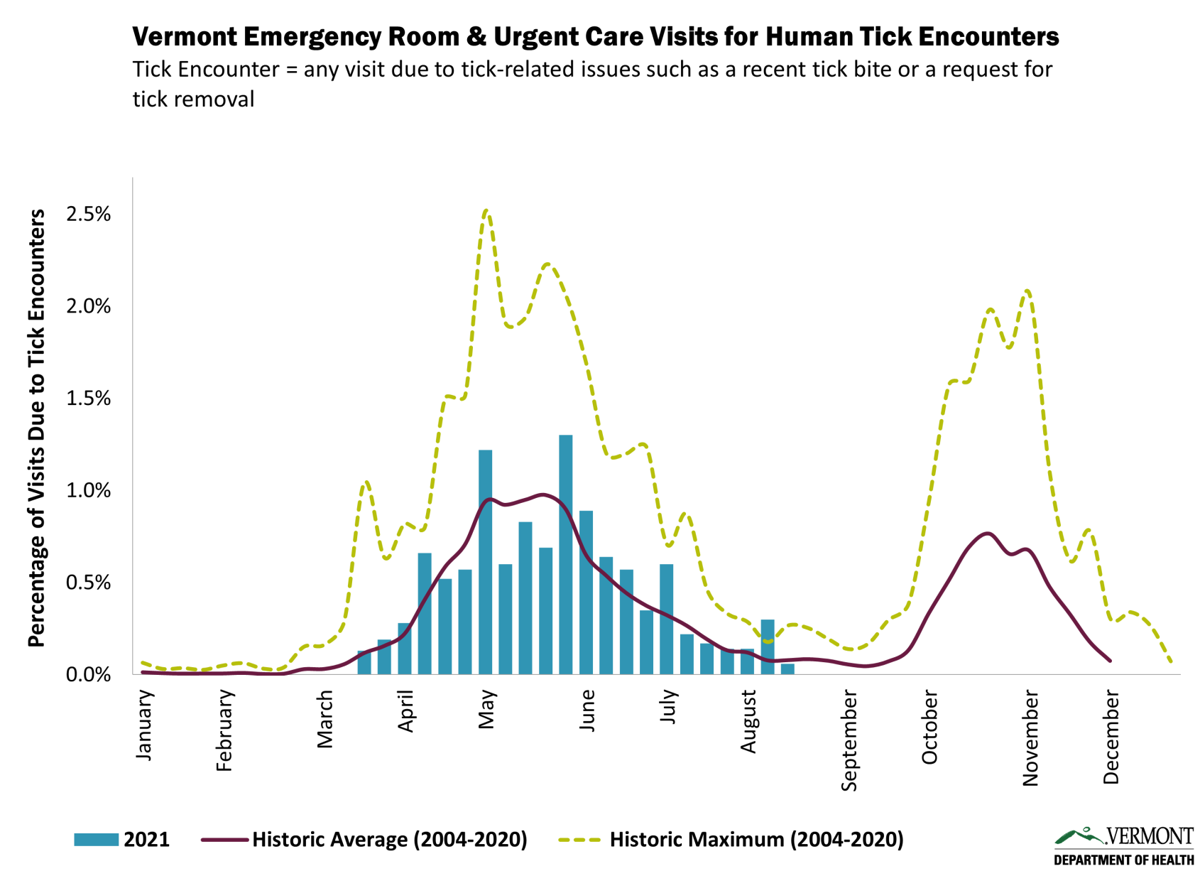 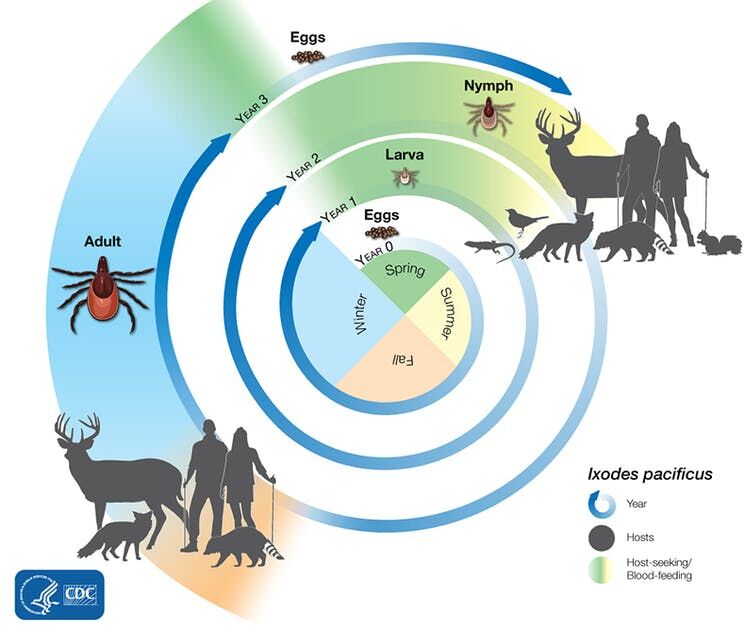 VERMONT - Fourteen different species of tick have been identified in Vermont.  Of these 14 species, five are known to bite humans and can transmit diseases.

However, over 99% of all tickborne diseases reported to the Vermont Department of Health are caused by only one tick: the blacklegged tick.

In 2021 so far, tick bites are above the historic average.  But in this article by Jory Brinkerhoff, every year is a bad year for ticks.

It’s summer, a time to hike, garden, vacation – and to be on the lookout for ticks.

In 2017, 59,349 cases were reported to the U.S. Centers for Disease Control and Prevention, an all-time high. Yet, this represents just a fraction of infections because those who don’t exhibit symptoms or fail to seek treatment remain uncounted. A recent report estimated nearly a half-million Lyme disease cases per year in the U.S., with numbers more than doubling from 2004 to 2016.

As a biologist who studies tick-borne disease, I am asked each spring and summer whether it will be a bad year for ticks. The answer: It is never a good year for ticks. There may be relatively few of certain species and many of other types. Different species of ticks live in different environments. Many factors influence numbers, from dwindling biodiversity and ecological change to the changing climate. But every year, the time to be most vigilant is early spring through late fall.

Do experts have something to add to public debate?

There are at least seven tick species in North America that commonly bite and infect humans and animals with numerous diseases. But there are others, too. Over the past two decades, seven new tick-borne germs have been identified in the U.S., including a newly discovered Lyme disease bacterium found in the Upper Midwest and Bourbon virus, discovered in Bourbon County, Kansas.

Some regions, like where I work in Richmond, Virginia, are home to multiple human-biting species, each with its own suite of pathogens and habitat preferences. Black-legged ticks, which spread Lyme and other diseases, are of greatest concern. They are common in forests across the Eastern U.S.. The bite of an infected American dog tick, which prefer grassy areas, can infect people and dogs with Rocky Mountain spotted fever. Aggressive Lone Star ticks, which can transmit ehrlichiosis and tularemia, thrive in many habitats across the eastern U.S., and can survive hot, dry conditions.

These parasitic arthropods are more closely related to mites, spiders and scorpions than to insects. Ticks spend most of their time on the ground in leaf litter or vegetation, undergoing a four-stage metamorphosis.

Eggs hatch into six-legged larvae and attach to a host. Then they drop off and molt into eight-legged nymphs, find a host and grow into reproductive adults. Much of their lives are spent waiting, inactive, for warmer or more humid weather to continue development, or on the hunt for their next meal.

Mortality is high. If just 10% of ticks survived each life stage, it would take 2,000 eggs to produce a pair of reproductive adults. Small changes in survival can affect populations for years.

Most of the hard-bodied, blood-feeding ticks that carry disease take only three bloodmeals during their entire two- to three-year life cycle – meals that allow them to molt into the next stage, or to lay eggs.

They feed on mammals, birds, reptiles and amphibians. Most ticks prefer a different host at each stage of their life, finding it by detecting an animal’s breath or smell, sensing body heat, moisture or vibrations.

The numbers of available hosts may be a key factor in tick abundance, which is sometimes influenced by natural cycles. For example, during “mast” years when acorns are plentiful, white-footed mice populations grow along with black-legged ticks that feed on them, and Lyme disease cases also tend to rise.

Predicting tick numbers grows harder as many species expand their ranges. Altered ecosystems play a substantial role. Lyme disease became epidemic when mice that carry the bacterium proliferated and deer were reintroduced for hunting in the 1900s after a steep decline; deer act as hosts for adult black-legged ticks that spread the disease. Migrating birds have also helped disperse ticks along the Atlantic flyway.

However, warming trends may have mixed impacts. Ticks need moisture as well as blood to survive; hot, dry weather kills some species, but not others.

While researchers have identified why their numbers change over space and time, predicting risk is difficult. But we do know that tick-borne diseases will continue to be a human and veterinary health threat. Ancient ticks once fed on dinosaurs. Scientists discovered fossilized ticks, some 15 million years old, that carried the Borrelia bacteria that causes Lyme disease, showing that it existed long before humans.

From a public health perspective, the most important question about ticks is not whether a given year will be particularly bad in terms of tick numbers, but what can be done to reduce the risk of encountering these parasites to avoid illness.

Jory Brinkerhoff is an Associate Professor of Biology, University of Richmond.

This content is possible through the partnership between Compass Vermont and The Conversation, a nonprofit, independent news organization dedicated to unlocking the knowledge of experts for the public good.