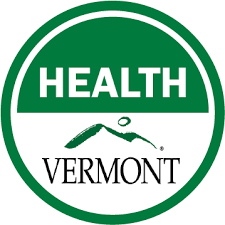 CompassVermont.Com news and emails are free.  Sign Up Now!

While some Vermont news outlets were quick to report Thursday's COVID case numbers to be breaking news, the Vermont Health Department had already reported that test results had been delayed due to an IT glitch.

The Department issued this release on Thursday, September 16, including a statement that updated case numbers will be provided as soon as they are available.

BURLINGTON, VT – This morning, the Vermont Department of Health reported 314 new cases of COVID-19. The number of cases in this highest single day report may have been impacted by an outside vendor’s IT glitch that delayed the delivery of test results.

At this time, we believe the IT issue has been resolved. However, we are still working to reconcile the data to determine the impact, if any, on case reporting in recent days and weeks. It is also possible that some delayed reports will be reflected in the case numbers reported on Friday.

The Health Department tracks and monitors the time it takes from when specimens are collected for testing to when the results are reported to the department by the Broad Institute of MIT and Harvard. The glitch involved EllKay, an IT vendor working for Broad.

For the period of August 1 to September 15, the average turnaround time from specimen collection to reporting was 1.86 days. Review of the data from the past week showed a notable increase in the turnaround time that began with specimens collected on September 9. As announced at the Governor’s September 14 press briefing, the state began an investigation into the situation.

The Agency of Human Services, including the Health Department, and together with the Agency of Digital Services, are actively working to assess the impacts and monitor the situation. EllKay is currently conducting a root cause analysis. Once that is done, we should have a better idea of the scope and its impact on case reporting over these days.

We will keep the public informed, including providing updated numbers, as we learn more.