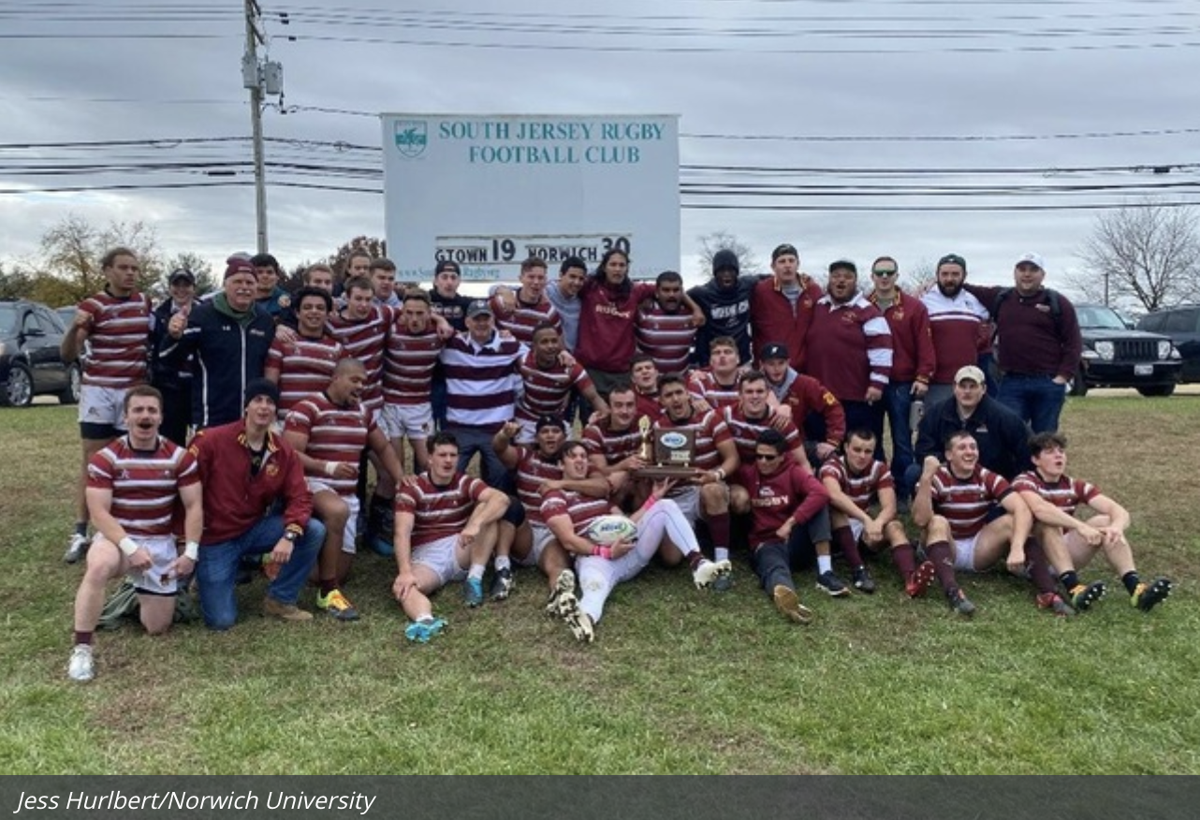 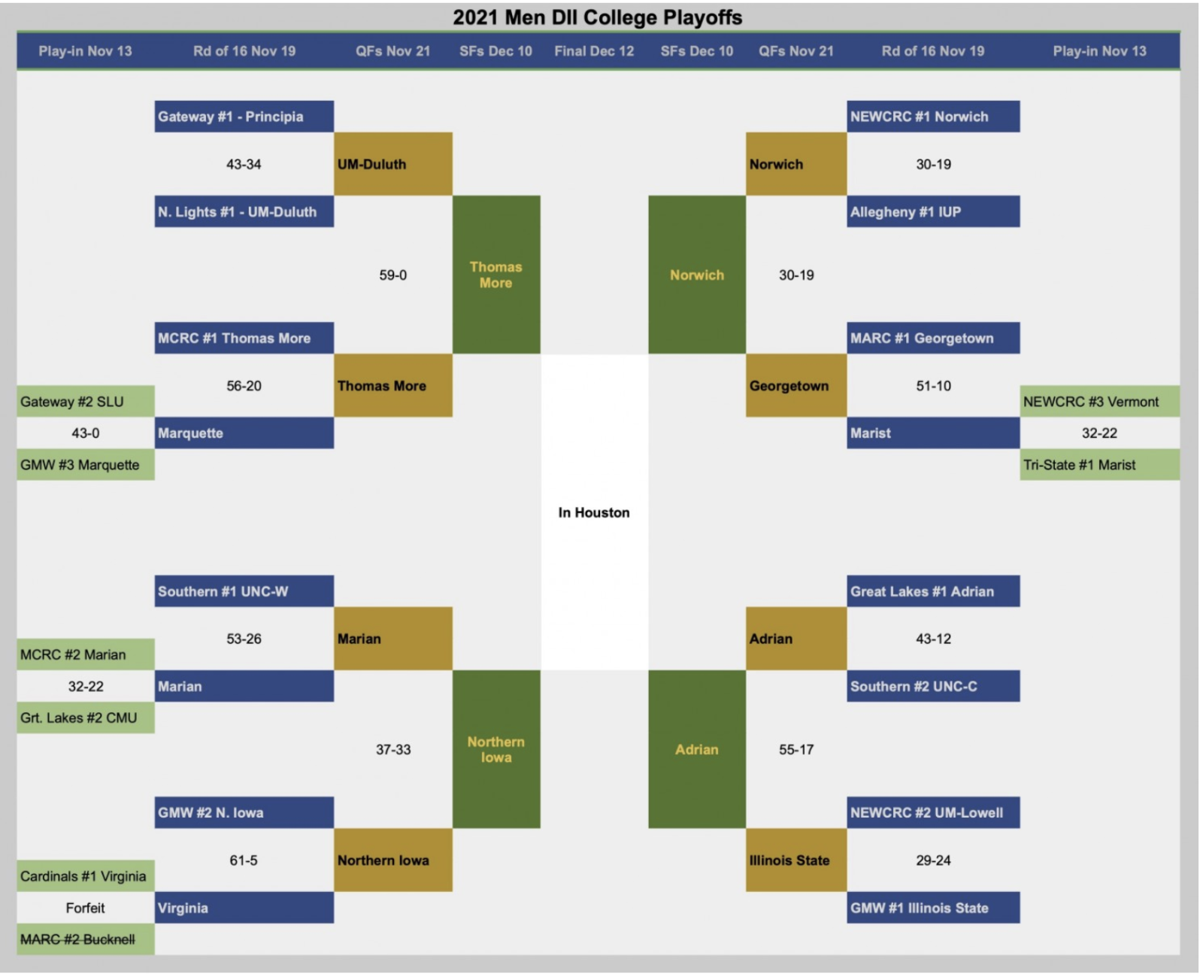 Cherry Hill, N.J.: The Norwich University men's rugby team tamed the Georgetown Bulldogs with a masterful 30-19 win and the Northeast Regional crown. The victory places the Cadets in the Division II Final Four and a chance to be the national champions in Houston.

According to the Norwich Athletics office, "wing Brantley Ledbetter (Birmingham, Alabama) scored three tries to lead the Norwich offense to another come-from-behind victory over the Hoyas. Senior Travis Bartniski (Cypress, Texas) scored a try, while junior captain Leo Clayburgh (Brussels, Belgium) had a try, a conversion, and a penalty kick to add ten more points.

Norwich has ticked off nine straight victories after losing to Brown on September 11.

In their fourth trip to the championships, the Cadets will face Adrian College in Michigan on December 10.

If the cadets are victorious, they will meet the winner of the Thomas More vs the University of Minnesota, Duluth semifinal match in their bid for their first national championship.