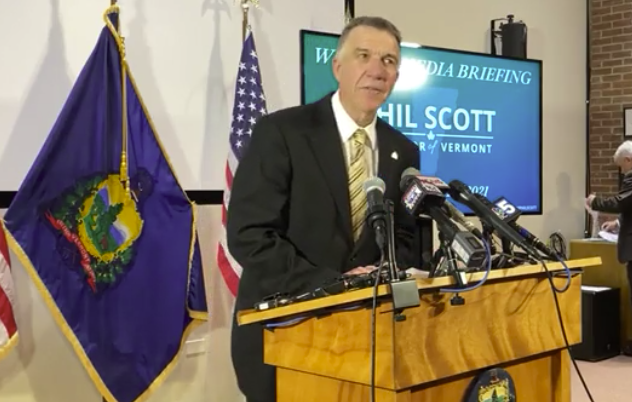 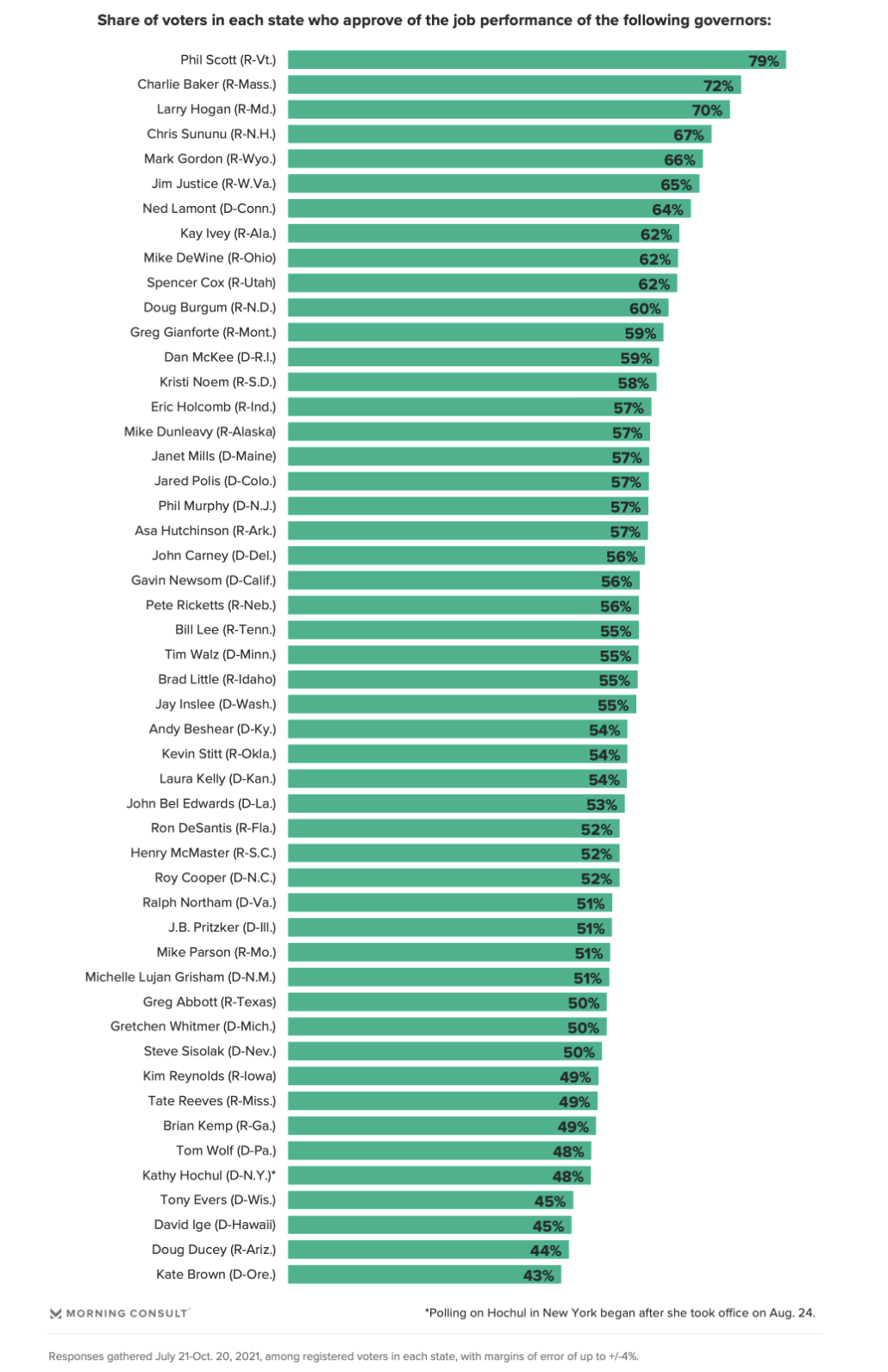 According to Morning Consult:

Republican Phil Scott of Vermont has been America’s most popular governor throughout 2021, a fact that is not lost on his party’s strategists, who are hoping to lure him into the open race to replace retiring Democratic Sen. Patrick Leahy in next year’s midterm elections.

But Scott has insisted he will not heed their calls, and given Vermont’s lack of term limits, it’s hard to see anyone uprooting him from his perch in Montpelier if he runs for re-election.

In Vermont, 79 percent of registered voters approved of Scott’s job performance in the third quarter of 2021, making him the most popular governor in the country.

This figure is roughly in line with his approval rating in the first and second quarters of the year, when he also led the pack.

Below is the full list of Governors by popularity.