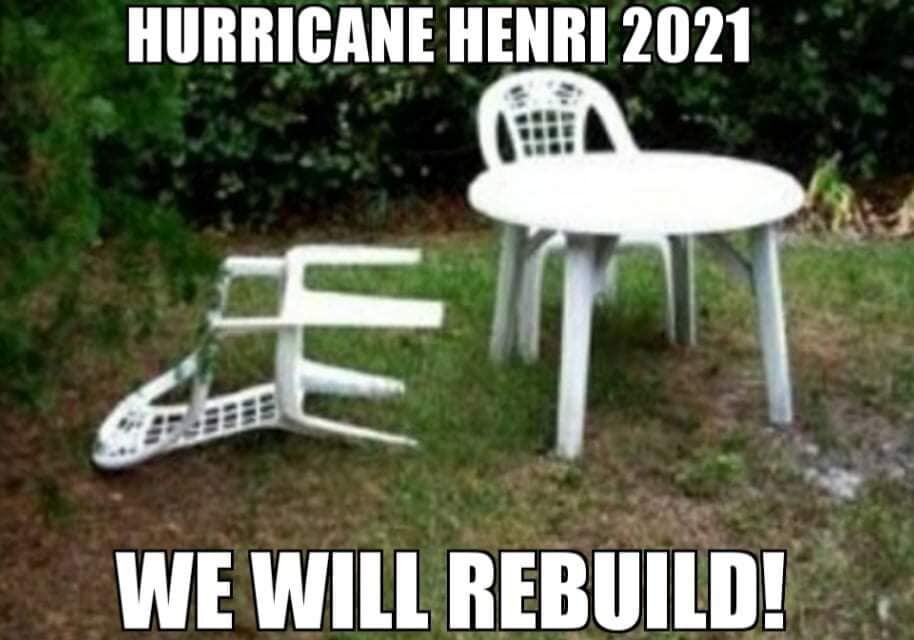 You are reading CompassVermont.Com.  Add us to your reading list - we are always free.

Nothing here, no rain or wind, the sun is out, and the sky is blue in part of the sky. - W from Bennington quote.

In anticipation of anywhere from 3 to 10 inches of rain, heavy winds, and all that accompanies such harsh weather, Compass Vermont reached out to readers across Vermont on Sunday, August 22, asking them to keep us up to date with the impact of the storm in their area.

The entirety of the storm has not passed quite yet, and the Connecticut River and its tributaries are always a concern for flooding.

But Henri didn't track as planned, and rainfall amounts were nowhere near forecasted, leaving many residents with extra milk, bread, and other storm-favorite foods.

A from Brattleboro was one.

I stocked up on vodka hoping for green skies. I didn't get green skies, and I have too much vodka now.

The storm did plenty of damage in many states, New Jersey being particularly hard hit, but all of New England was spared the profound destruction that many meteorologists predicted.

E from Bennington was worried about her family in Connecticut.

Rain and more rain and more coming. Had to reinforce my feral cat's covered house. We live at a slightly higher elevation, so no flood worries, and frequently have high winds. Spent yesterday watching the weather channel and worrying about my son and his family in Madison Ct.

Meanwhile, in Springfield, Vermont, K's assessment was a good representation of the storm's impact around her.

I kept expecting heavy rain and wind, so I didn't do the pond monitoring that I was supposed to do yesterday, and the breeze blew a pair of my husband's shorts off the clothesline because he forgot to put a clothespin on them. That's about it. Also, the intermittent and light rain kept our son from mowing the lawn...

Other Springfield residents echoed the same conditions, which they were not unhappy about.

J - Henri did not impact me at all. We prepared for a major storm, so far, we barely got any rain.

S - Zero impact. Not even enough rain for a mild downpour, thank God.

In Brattleboro, some folks harvested their gardens out of fear of flooding.

V - So far, Henry caused me to harvest tomatoes, garlic, onions, and peppers, and I have spent the day cooking and canning. Aired out the house as well. I had planned on kayaking, but that was spoiled. Hopefully, nothing else happens in the next 24 hours.

K - Pretty accurate here. I picked everything I could in the garden this morning. Including a lot of my flowers, and then spent the day cleaning, awaiting the storm. Pretty relaxing.

Farther north in Randolph, the tone of relief and humor continued.

D - Lol. So far I have tidied up the porch and put some equipment under cover. I've also picked up some plastic sheeting from my driveway and put some plants on the porch. I didn't want things blowing around or drowning.

Vermont sees more than its fair share of weather, and it was clear that no one was disappointed with the weather pattern and, for once, being able to make a little fun of the non-event.

As J from Bennington said, "Henri who?"