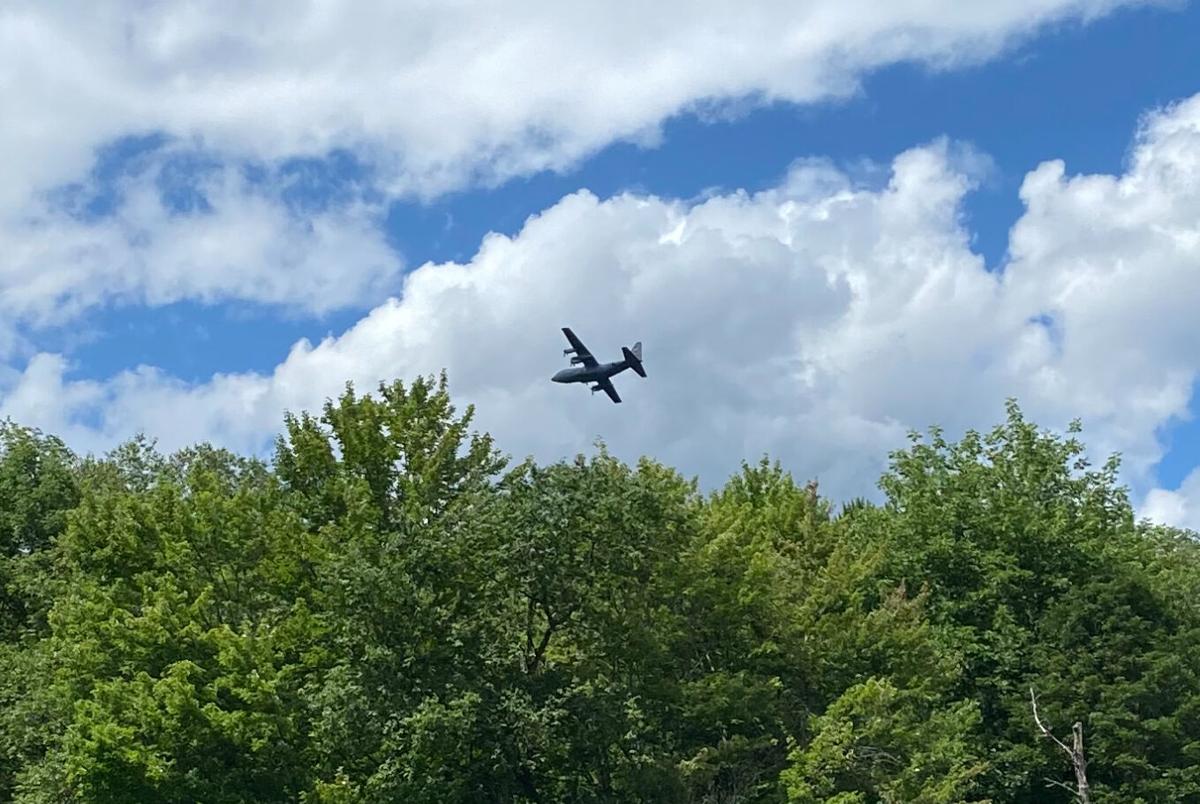 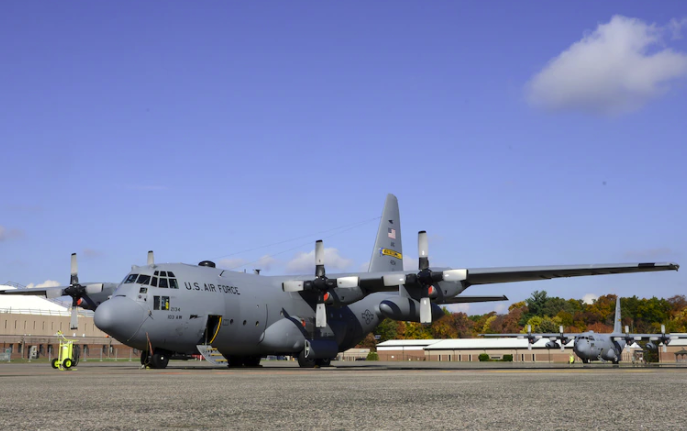 A CTANG C-130 on the ground at Bradley Airport.  CTANG photo. 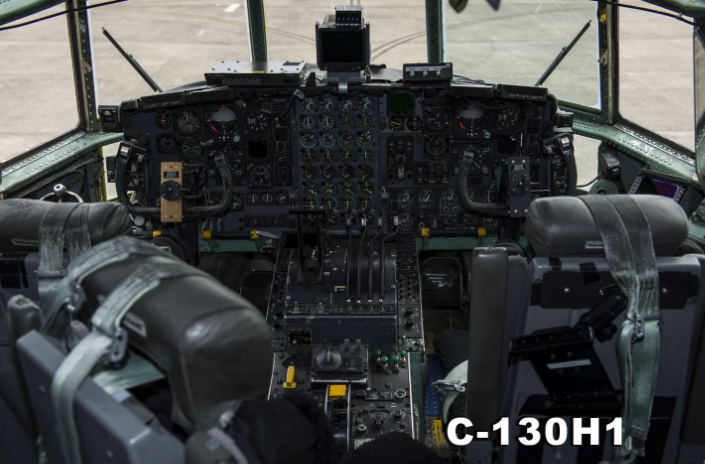 The cockpit of the C-130 H1.  The pilot, co-pilot and flight engineer all use computer technology to monitor the plane's altitude when flying at or below the FAA limit of 500 feet.  CTANG photo. 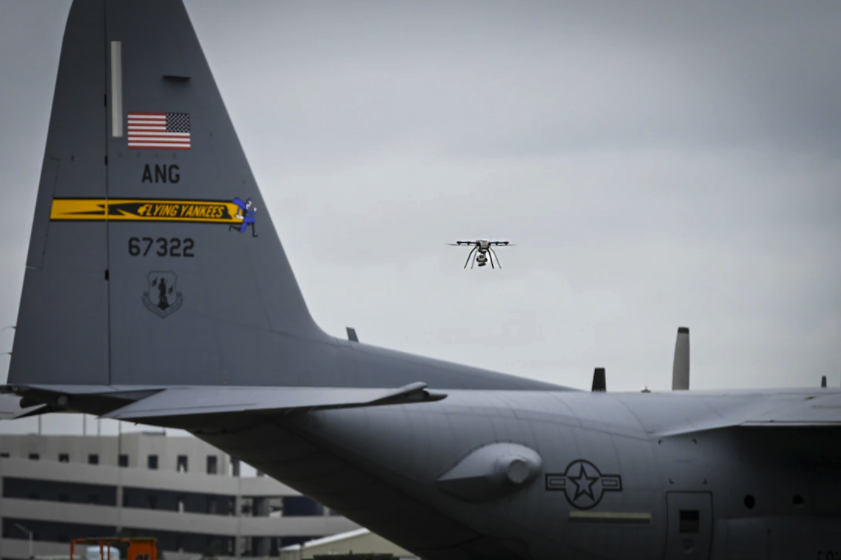 A CTANG C-130.  All planes in their squadron have the same yellow stripe.  CTANG photo.

Make CompassVermont.Com words that roll off your tongue every time you read another free story.

VERMONT - Throughout the summer, reports and discussions on social media about military-style aircraft flying frighteningly low have sprouted up across Vermont, yielding a spectrum of comments expressing concern, patriotism, and rumors heard.  But more than anything, folks just wanted to know who they are and where they come from.

One post joked that the government was spraying "dumb gas on everyone," while another said they were spreading pellets for rabies.

The most common sentiment, however, was that they are loud and low. As a person from Waterbury said, "They scared the bejesus out of me! Thought they were going to hit the house.

The planes are C-130 Hercules, made by Lockheed Martin. The four-engine turboprop is known for its versatility, including being able to take off and land on short runways. They also support all types of missions, including cargo transport, firefighting, maritime patrol, and search and rescue missions.

These planes aren't from the Vermont Air National Guard (VTANG) either, given the Burlington International Airport-based squadron includes only F-35 jets.

Who Are Those Guys?

Compass Vermont set out to solve the mystery of these planes, appearing in many places over Vermont in no particular chronological order.

Our first call was the Vermont Air National Guard (VTANG). Marcus Tracy, Acting Deputy for the State Public Affairs Office at VTANG, to see if he could point us in the right direction.

Tracy suggested contacting the 109th Airlift Wing in New York state, where their 139th Air Lift Squadron is known to fly C-130s over Vermont, although usually with some advance notice.

Our ensuing conversation was with William Gizara at the 139th, who was pleased to hear from us.

"Funny, we are in the same boat," said Gizara. He explained that C-130s had been flying over New York State as well, including reasonably close to their base, and they did not know who they were.

Gizara went on to explain that if you saw two planes flying near each other, known as "in tandem," they would not be from New York State, as their base is not allowed to fly in tandem. New York C-130s also have bright orange tails as their identification. The buzzers over Vermont did not.

Of all the Air National Guard bases Compass Vermont contacted, only Rhode Island was uncooperative. There was no direct line to the public affairs office, and they didn't respond to calls and emails. So, of course, they became the primary suspect.

Ultimately, Compass Vermont spoke with TSgt Steven Tucker in Public Affairs at the 103d Airlift Wing at Bradley Airport in Windsor Locks, Connecticut (CTANG), and, after a day of research, he confirmed that the C-130s were indeed from CTANG.

Tucker told us, "We have been flying in the area. We have a regular set of routes for training, and Vermont is one of them."

Tucker went on to say that CTANG's training is part of their "tactical airlift mission, which requires them to fly at low altitudes. A lot of the mission work that CTANG performs is cargo and personnel airdrops, and flying low helps them practice making drops in hostile areas.

But many of their missions are flown for peacetime purposes. For example, the Squadron airdropped material in Puerto Rico after Hurricane Maria. It also assisted with climate research in Greenland with the National Science Foundation and transported guardsmen to Washington DC after the Capitol insurrection on January 6.

Flying tandem, or a two-ship formation as Tucker called it, is typical for local training flights, as it best simulates real situations.

How Low Can They Go?

The Federal Aviation Administration (FAA) requires that all aircraft are required to fly no closer than 500 feet to any person, vessel, vehicle, or structure.

Military training missions can seek exceptions to fly lower than that altitude, and Tucker said they work closely with the FAA when determining low altitudes. However, he would not say precisely how much lower the planes might fly and concurred that they adjust to the terrain while flying their mission. But he emphasized the safety precautions.

"Many eyes are on the aircraft at once," he said. Two pilots, the navigator, flight engineer, and the loadmaster, all monitor the systems and terrain.

Tucker said that "whenever low altitude is going on - it's away from densely populated areas, not causing too much disturbance close to the ground." Unless, of course, your rural home happens to be directly under the flight pattern.

Tucker said that mission practice could occur at any time of the year, but the summer months are more common, as more National Guard units are in camp and training, so expect them to buzz around again.