You have permission to edit this article.
Edit
Welcome, Guest
Home
N.E.W.S.
Business Compass
Freedom and Unity
About Us
VISTAS
Share This
1 of 6 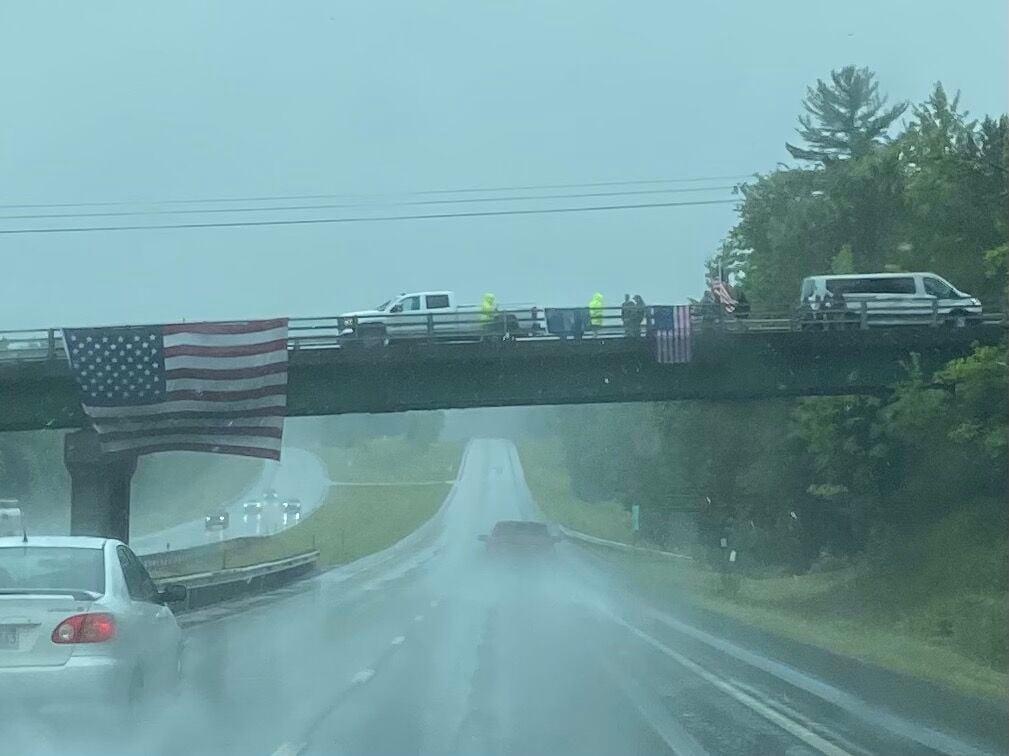 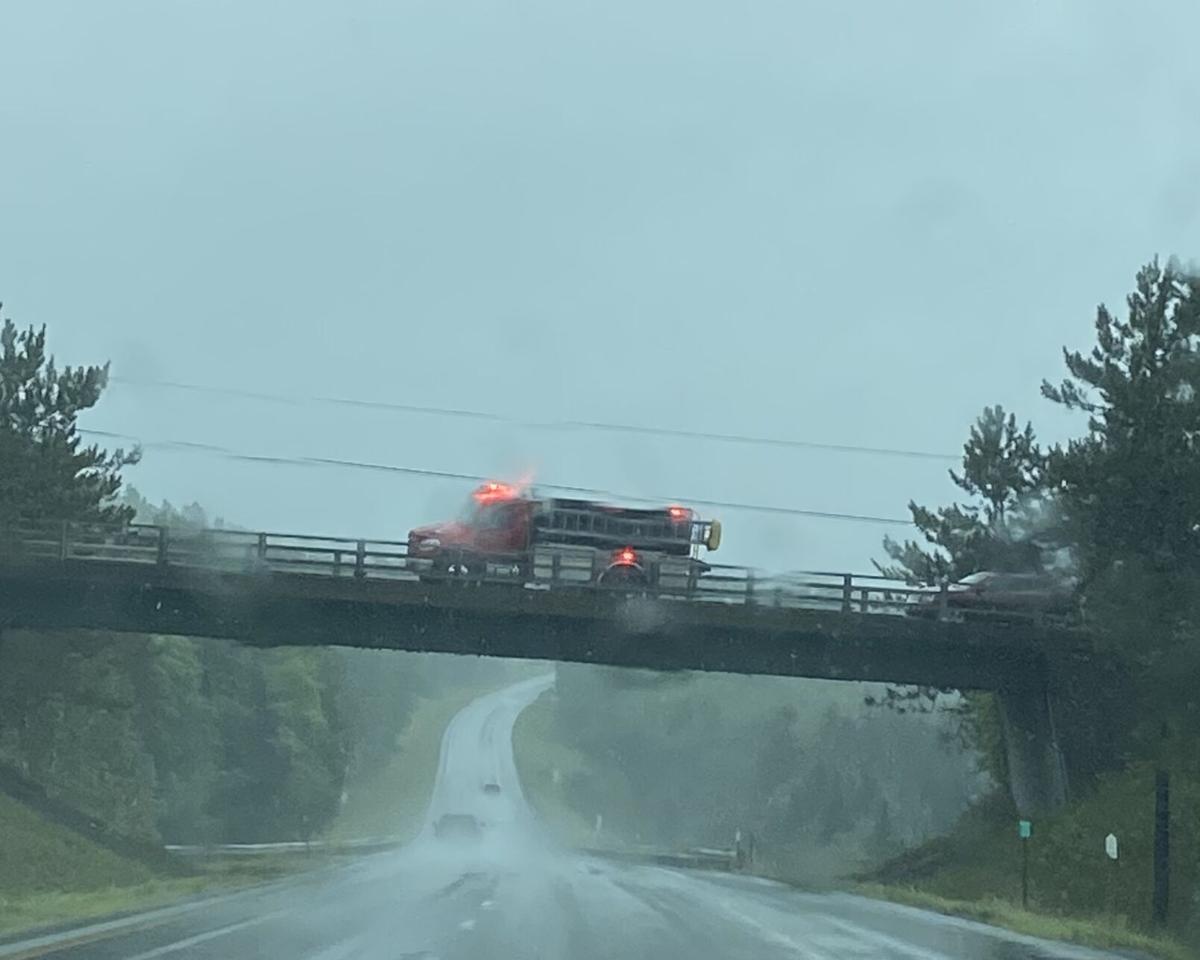 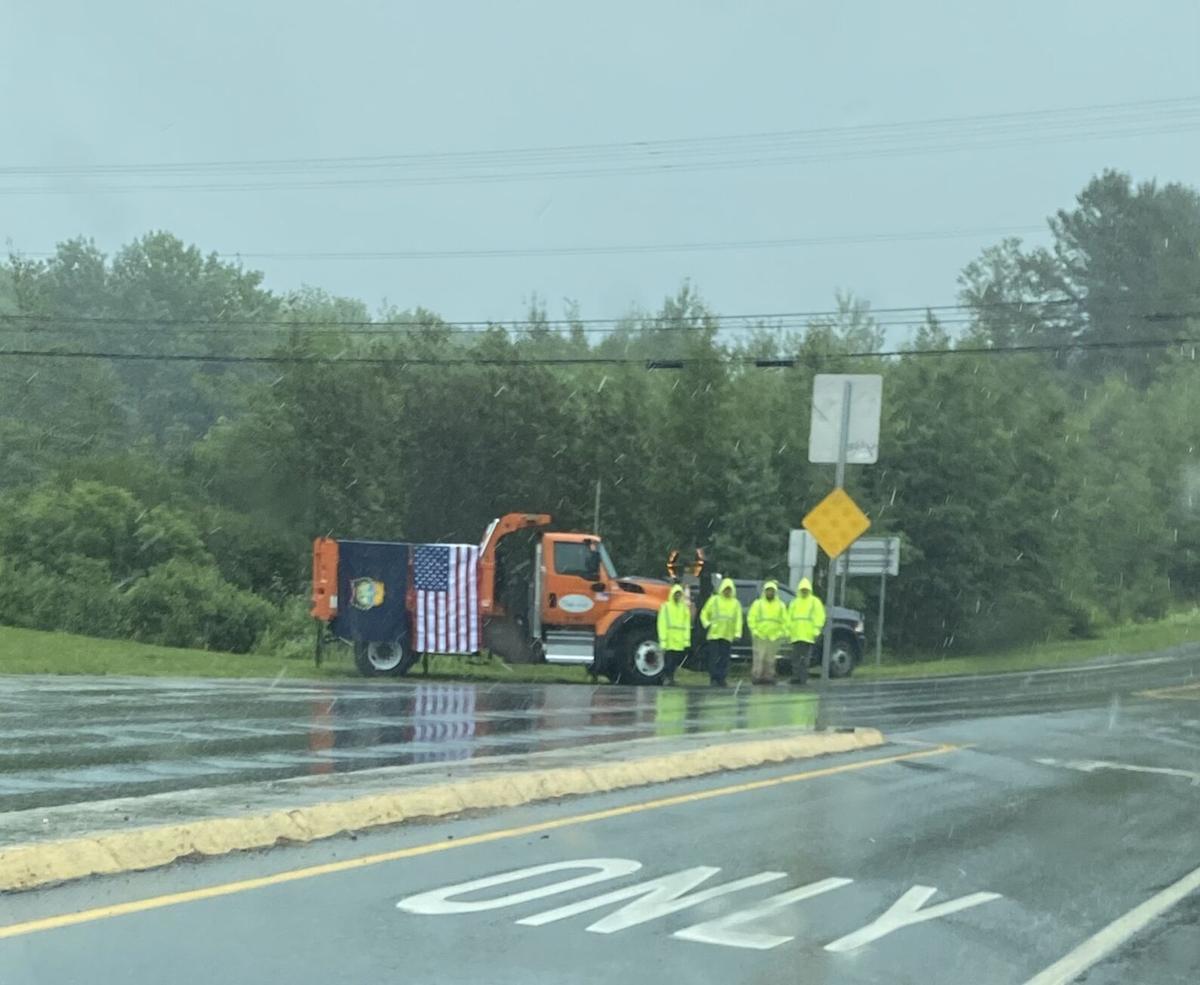 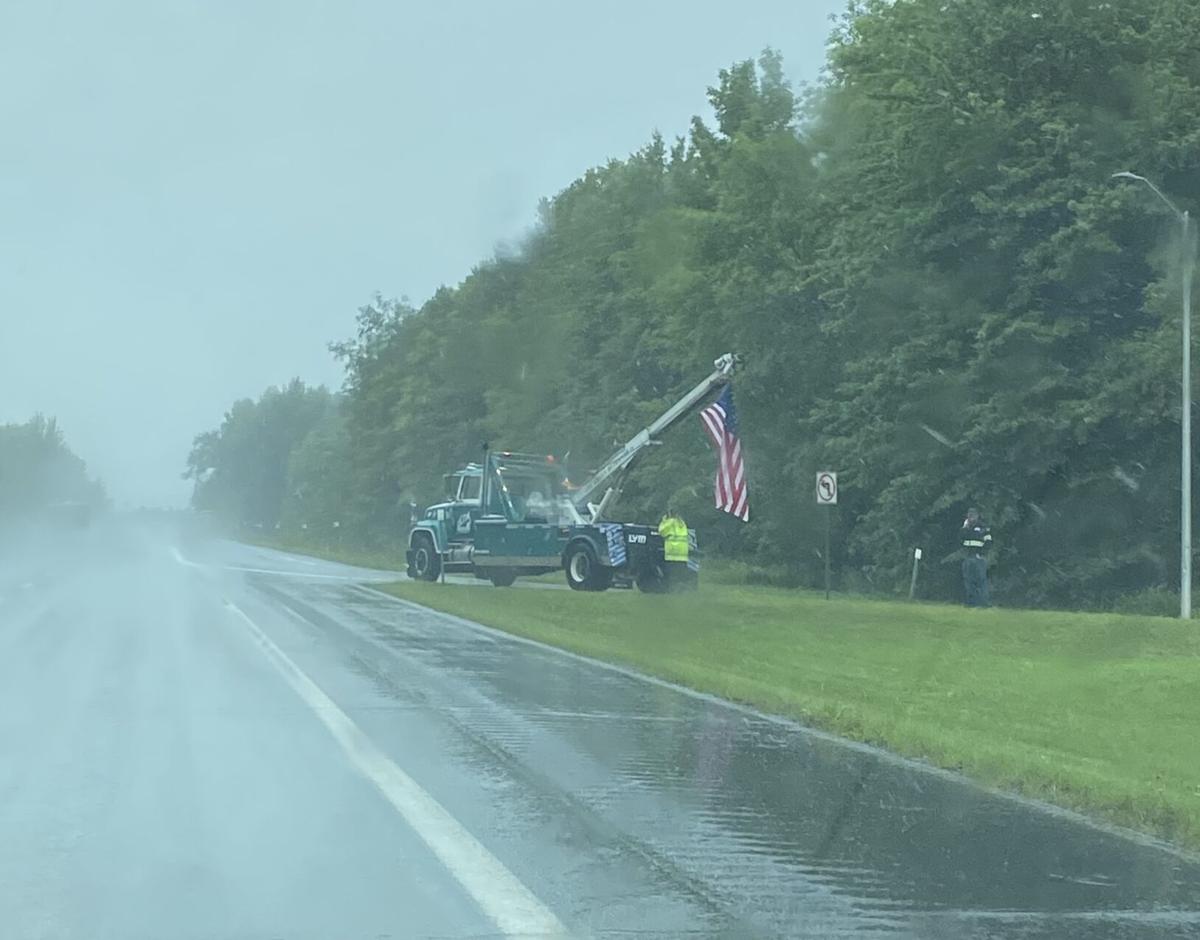 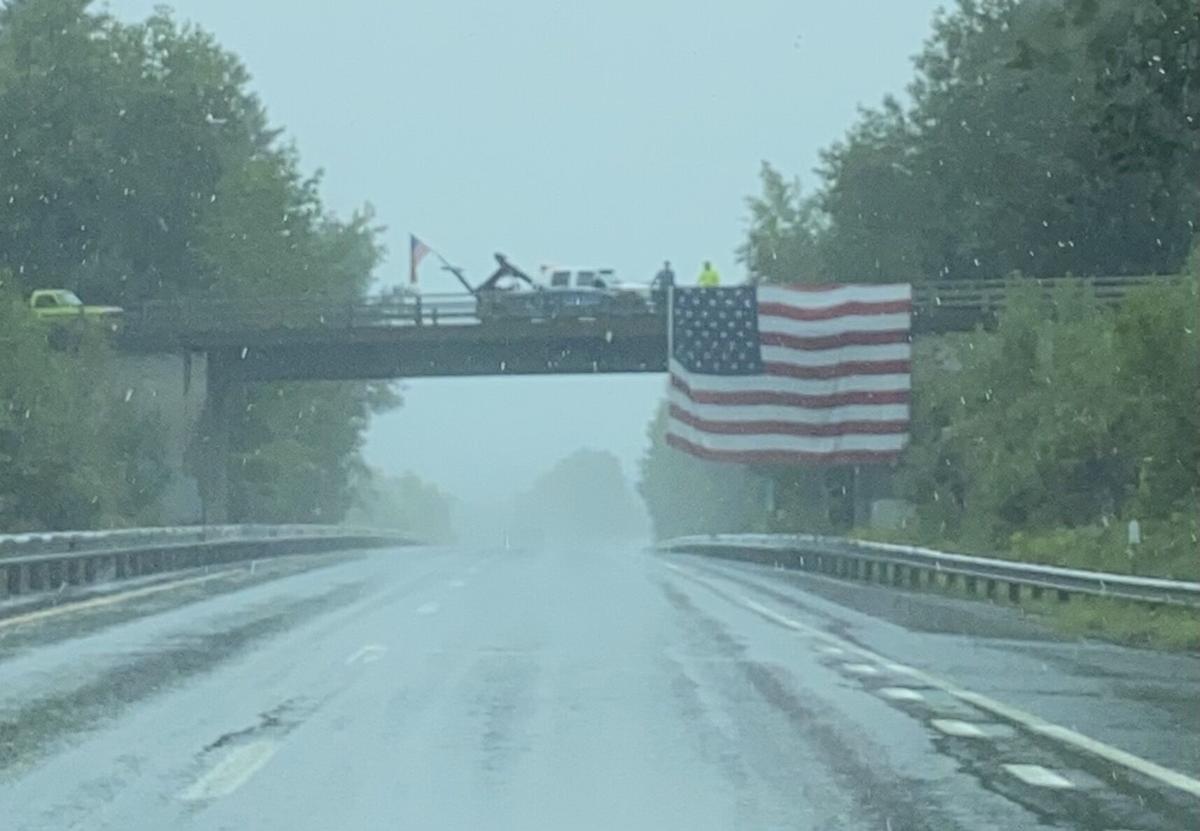 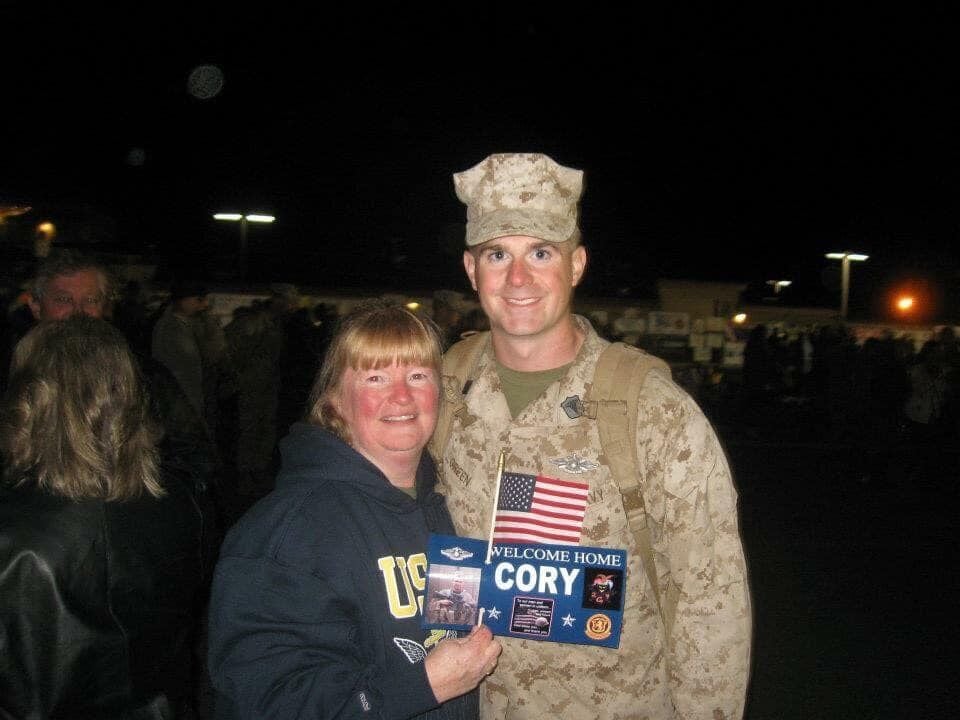 Cory's mother when Cory returned from Afghanistan.  The photo was taken by his Father who is also a 32 year military veteran of Iraq an Afghanistan recently retired from the Army National Guard.

Tropical Storm Fred was no match for Vermonters on Thursday, August 19, intent on showing their appreciation for American soldiers and one in particular, Navy Corpsman Cory Green.

A decorated Afghan War veteran, Green died on August 5 after a long post-war battle with PTSD.

Crowds assembled in view of southbound Interstate 89 as Green's body was transported from Colchester to Randolph, home of the Vermont Veterans Memorial Cemetary.

They gathered on overpasses, exits, and rest area access roads, waving American flags of all sizes as pouring rain kicked up spray on the highway below.

Nearly every support location was represented by substantial numbers of first-responders, some with fire trucks or emergency vehicles and dressed in their telltale high visibility uniforms.

Dozens of motorcycle riders rode solemnly through the rain, preceded by a Vermont State Police escort, and followed by a bus full of Green's comrades from the military and countless cars making their way down the highway to Green's final resting place.

Compass Vermont first learned of the initiative to gain visible support for Green's journey through a social media post by Josh Langelier, a lifelong friend of Green and his family, and reported on his efforts.

Reaction to the article and social media activity was robust, as folks around the region made plans to gather and meet to fulfill Langelier's and the family's wishes.

Despite the weather, Vermonters came through.

While Cory Green was laid to rest today, the effort to help all Americans understand the challenges faced by soldiers returning from combat, as well as the very real and tragic impact of PTSD. Green's family has asked the memorials in Green's name be made to the Josh Pallotta Fund at Josh's House, 162 Hegeman Drive, Colchester, Vermont 05446, an organization dedicated to supporting soldiers returning from combat.