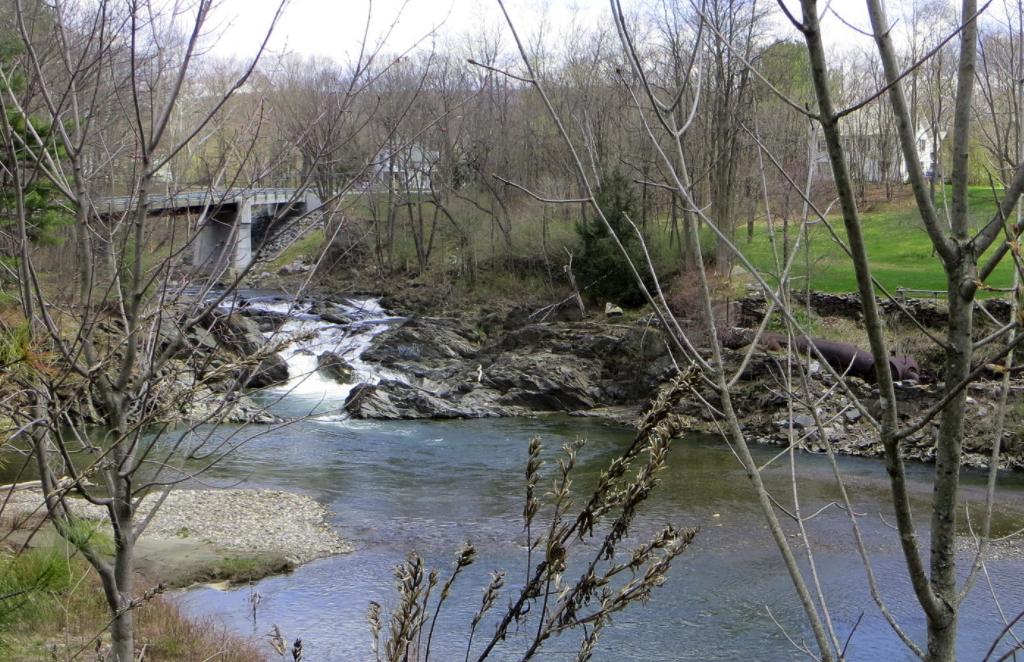 Erika Seyfried left her AirBnB on Gage Street in Westminster around 11 am on Sunday, August 29, accompanied by her seven-month-old golden retriever, Jules. Her husband, Elijah, did not join her.

An oxbow in the Saxtons River surrounds the neighborhood and comes within 200 feet of their rental home. Waterfalls from nearby Gages Mill are powerful and turbulent. Regardless of where you walk on Gates street, the river surrounds it.

By 8:00 pm on the 29th, Elijah Seyfried contacted the Vermont State Police, who issued a public notice at 10:55 am on Monday, August 30, saying that the incident was not suspicious, but there was concern for her welfare.

The police described Seyfried as 36 years old, about 5 feet 2 inches tall, weighing 120 pounds, with shoulder-length black hair and brown eyes. She was believed to have been wearing black flip-flops with no other clothing description is available. The couple were from Brooklyn, New York, and were vacationing in Westminster.

That same day, Monday, August 30, Vermont State Police announced that its Scuba Team had located a woman's body in the Saxtons River, near the Seyfried's AirBnB. Preliminary indications were that the victim was Seyfried, and her death was accidental. Her body was transported to the

Chief Medical Examiner's Office in Burlington for an autopsy for confirmation and cause of death.

On Thursday, September 2, VSP reported that the "autopsy performed this week on Erika Seyfried at the Vermont Chief Medical Examiner's Office determined the cause of her death was drowning, and the manner of death was an accident."

On the Wednesday before the autopsy report, the police found Seyfried's dog Jules in the same area where Seyfried was found. He was presumed to have drowned.

No one will ever know exactly what happened, but the head of the Vermont State Police Scuba Team, Captain Matt Daley, shared his assumption with the Bennington Banner.

It's possible the Seyfried's puppy, Jules, either jumped or fell into the river, and Seyfried went in to attempt to rescue the dog.

Rescuers, knowing that the Saxtons River around Gages Mill is treacherous, even for experienced divers, used underwater cameras to search for Seyfried. They located her body 20 feet down in a pool at the foot of the falls. Daley said that "the force of the current in that area pulled her body down to the bottom of the pool."

The police did not find Jules in that search but located the dog later that week and recovered the body.

The Saxtons River is known for its swimming holes but also its danger. Twin Falls, for example, is listed as one of New England's top 5 most dangerous waterfalls, where 22 swimmers have drowned since the 1940s. In addition, the water levels have been high most of the summer, with several flash flood watches being issued.

Seyfried was originally from Ohio, then moved to New York to become an essential part of the digital team at Penguin Random House. The publishing company issued a statement, which included the following tribute.

"With her forward-looking, inclusive approach to every team and project she led, Erika was the embodiment of what we all hope for in a colleague and friend. Our thoughts are with Erika's family, loved ones, and our colleagues who worked with and adored her."