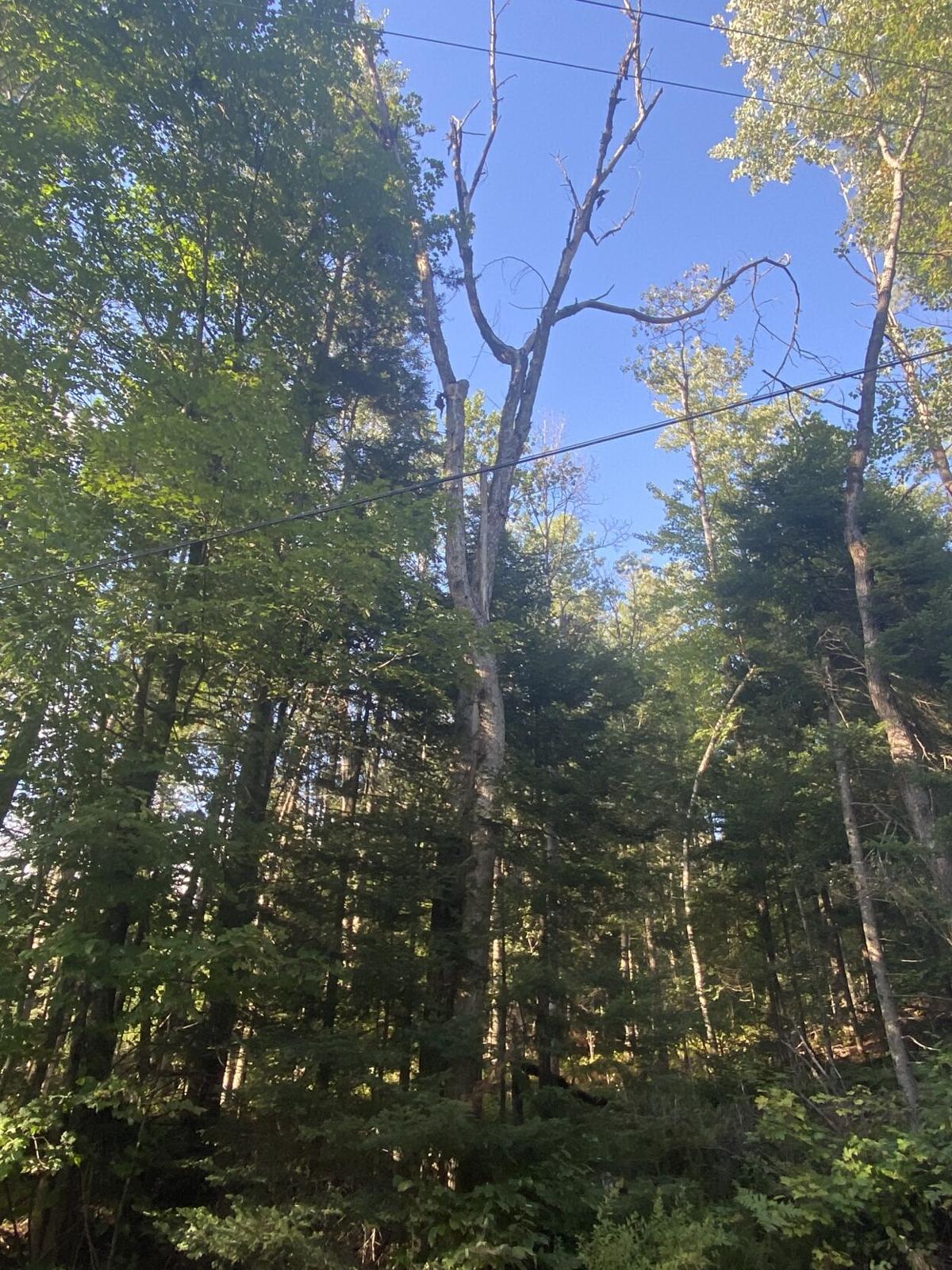 A tall, dead tree would take down three lines if it fell in the wrong direction. Compass Vermont photo. 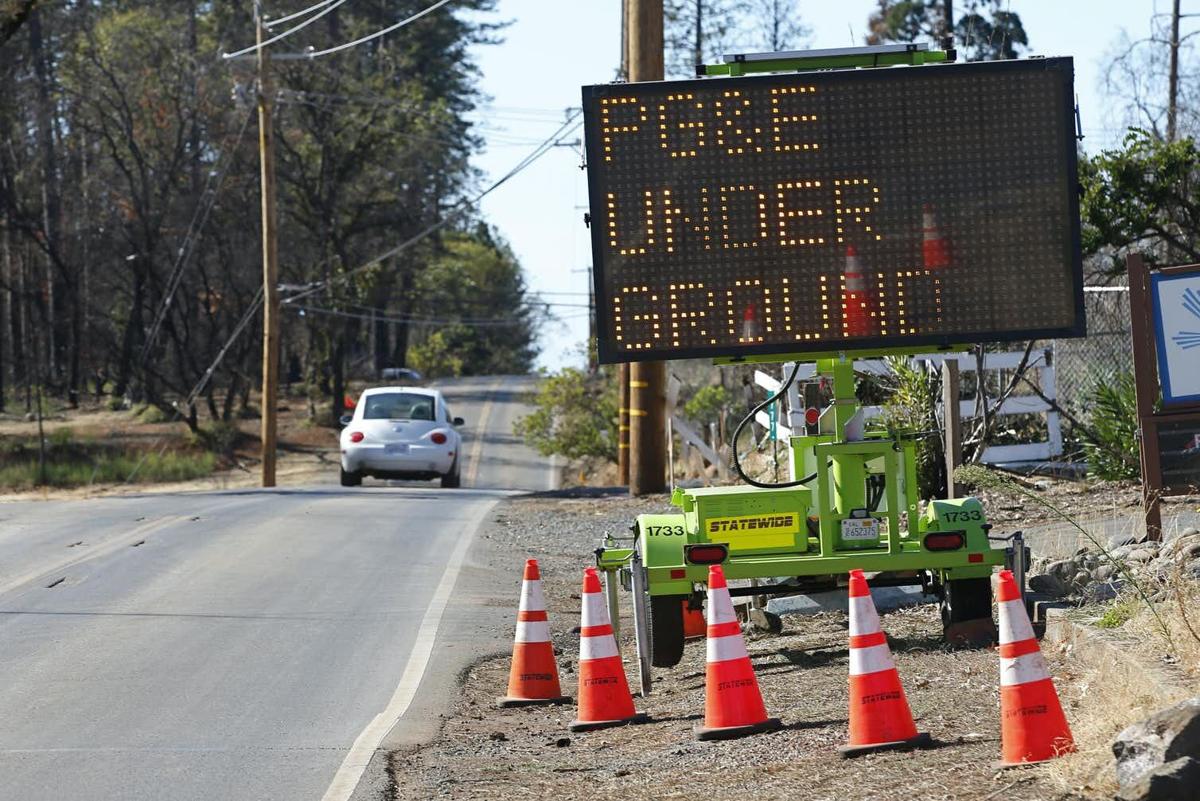 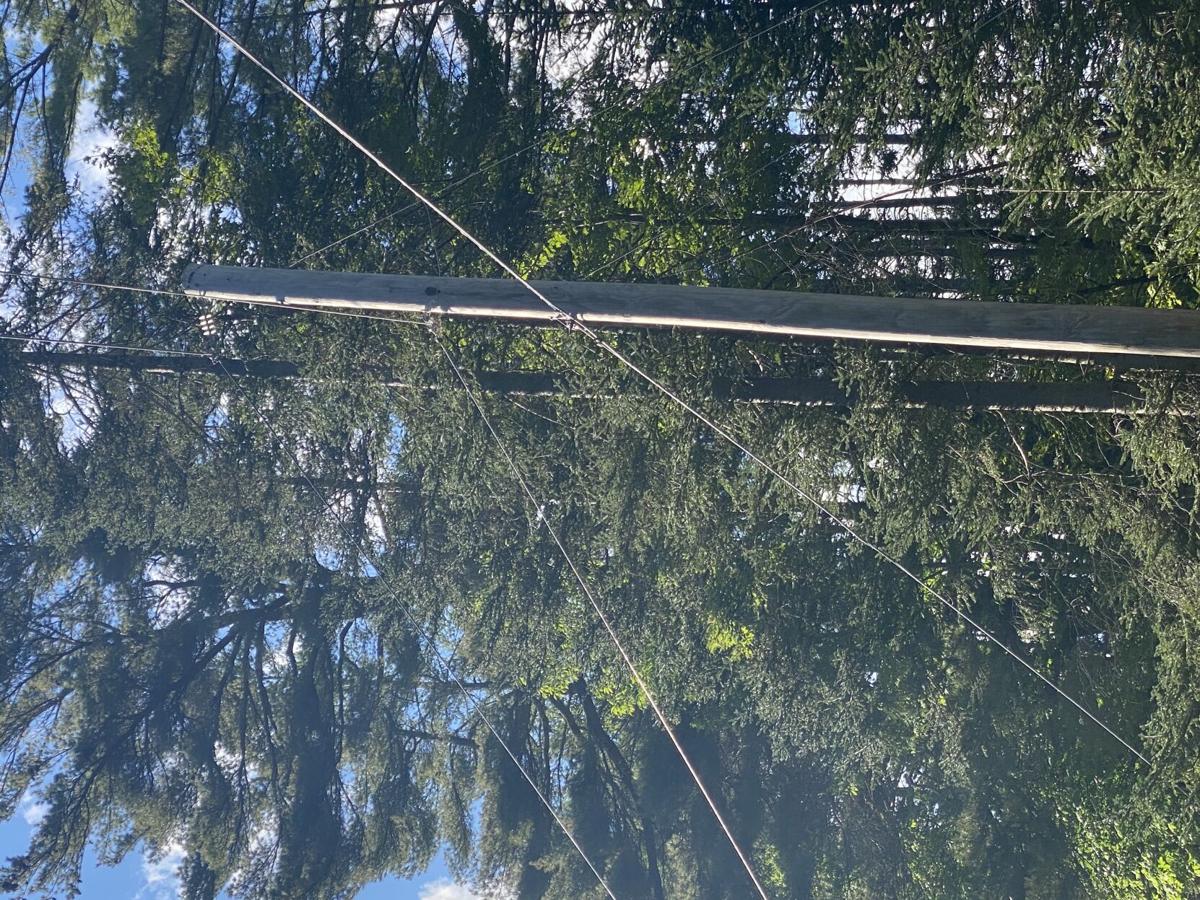 Multiple lines thread in and out of trees of various conditions.  Compass Vermont photo.

A tall, dead tree would take down three lines if it fell in the wrong direction. Compass Vermont photo.

Multiple lines thread in and out of trees of various conditions.  Compass Vermont photo.

Vermont is far enough inland to be spared the extended damage that hits northeast states along the coast, as evidenced by Ida's impact on New Jersey and New York, even though it was no longer a hurricane.

Still the memory of Hurricane Irene and the damage it caused ten years ago continues to make Vermonters aware that our inland insulation is not always enough.

While Vermont ranks high in renewable energy use at Number 7, U.S. News and World Report rate the Green Mountain State at 40th regarding power grid reliability.

A drive along any of Vermont's 8,000 miles of paved roads, and you will see uncountable and often dead trees standing perilously close to the power lines. Unfortunately, many paved roads reveal similar threats.

Theodore J. Kury addresses what it takes to move power lines underground in the story that follows.

The good news when Hurricane Ida churned into Louisiana on Aug. 29, 2021 was that levees held up – especially those that were strengthened after Hurricane Katrina flooded New Orleans in 2005. The bad news: In many places, power systems failed. Nearly five days later, more than 80% of New Orleans customers were still in the dark, in sweltering heat.

Electricity is critical for health, safety and comfort. Without it, it’s hard to buy groceries, fuel your car or get cash from an ATM. Many medical devices, including power wheelchairs, ventilators and nebulizers, run on electricity. Schools can’t operate without power, and kids can’t attend class online without computers or electricity.

Dramatic images of damaged power lines can make people wonder whether their electricity service might be more secure if those lines were buried underground. But I’ve studied this question for utilities and regulators, and the answer is not straightforward. There are many ways to make power grids more resilient, but they are all costly, require the involvement of many agencies, businesses and power customers, and may not solve the problem.

Ideas for making the electricity grid more resilient to weather and disasters have to acknowledge two unpleasant realities. First, there is no way to completely protect the grid.

Above-ground lines are vulnerable to damaging winds, flying debris and falling trees. But underground lines are susceptible to damage from water incursion driven by storm surges or flooding. So, choosing the location of power lines means choosing which threat is more manageable.

Second, the public ultimately pays for maintaining the power grid, either via their electric bills or through taxes. The greatest responsibility facing utilities, their regulators and government agencies is ensuring that people receive benefits commensurate with the money they pay for their electricity service.

Deciding how to make the grid more resilient begins locally. In general, the best place to locate power lines depends on what type of damage is most likely in that area. If a region is more concerned with storm surge and flooding, the best choice may be locating power lines above ground, with regular tree trimming to keep branches from falling on power lines. Power poles made from resilient materials, such as fiberglass composites and concrete, can withstand damaging winds and flying debris better than traditional wooden poles.

Areas with little risk of storm surge and flooding may decide that underground power lines are the best choice, if the community is willing to accept the cost. No system is sustainable if customers aren’t willing to pay for it. Differences in geography, population density, societal preferences and willingness to pay across a utility’s service area – especially in a diverse city like New Orleans – mean that no blanket policy will work everywhere.

When an electric utility wants to make changes to the grid, it needs approval from a regulator. This can take many forms.

Municipal utilities owned by individual cities make those decisions at the local government level. Cooperative, or customer-owned, utilities make those decisions through an executive board comprised of utility customers. Investor-owned utilities, which serve the majority of the U.S. population, are regulated at the state level by public utility commissions. Any discussion of grid resilience starts and ends with these agencies.

The situation in New Orleans is especially complex. Through a history of bankruptcies and reorganizations, New Orleans is the only U.S. city that regulates an investor-owned utility when a state regulator performs the same function.

This means that power company Entergy’s operations inside of New Orleans are regulated by the New Orleans City Council, while the company’s actions elsewhere across the state are overseen by the Louisiana Public Service Commission. As a result, Entergy can have distinct rates, standards for service and regulatory objectives inside and outside of New Orleans. This system allows the New Orleans City Council to focus on issues that are important to the city, but it also makes the regulatory environment more complex.

The trouble with transmission

The electric transmission system has several sections. High-voltage transmission lines move power over long distances from generating plants to areas of high demand, such as cities. From there, distribution networks deliver electricity to neighborhoods and individual homes or buildings.

Hurricane Ida collapsed a transmission tower carrying high-voltage power lines in Jefferson Parish, Louisiana, which is immediately west of New Orleans. This caused all eight transmission lines that supply power to the city and surrounding parishes to fail.

Burying transmission lines is technically feasible, and may be practical over short distances. But all power lines lose some of the electricity they carry as heat – and if this heat builds up, it ultimately restricts the line’s ability to carry power over longer distances. Air effectively dissipates heat from above-ground lines, but buried lines are more vulnerable to heating.

Relocating transmission lines or building extra lines as backups may be the only options for strengthening the system in many places. But building new high-voltage power lines is challenging.

Many people are concerned about possible health risks from exposure to electromagnetic fields, which emanate from high-voltage lines. Regulatory agencies struggle with finding acceptable sites and allocating the costs of these projects.

Investment in the U.S. transmission system has increased over the past 15 years, but more is needed. The Grid Deployment Authority proposed in the bipartisan Infrastructure Investment and Jobs Act would address some of the challenges of transmission line siting, but other hurdles will remain.

Whatever steps utilities take to harden the grid, there still are circumstances when the power will go out – especially during climate-driven disasters like wildfires and tropical storms. It’s easier to talk about making the power grid more resilient soon after disasters, but the conversation needs to continue after power is restored.

In my view, the only way to solve this challenge is by finding ways for utilities, regulators, businesses and customers to transparently discuss the most feasible ways to keep the lights on.