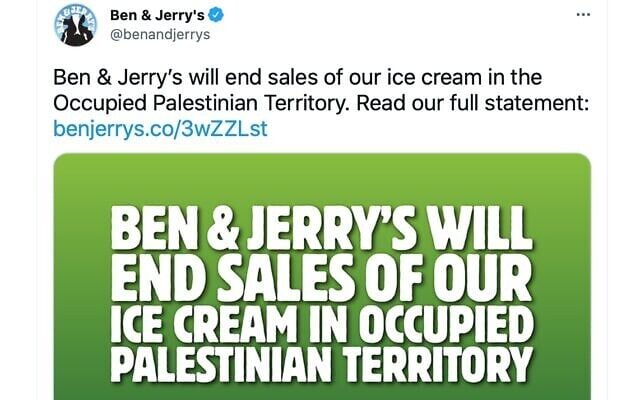 Ben & Jerry's ice cream returned to social media by confirming they will stop selling their produce in Israeli settlements in what they described as "Occupied Palestinian Territory (OPT)."

The American firm said they had "recognized the concerns shared with us by our fans and trusted partners" and that to carry on with current trading arrangements would be "inconsistent with our values."

"We have a longstanding partnership with our licensee, who manufactures Ben & Jerry's ice cream in Israel and distributes it in the region.

"We have been working to change this, and so we have informed our licensee that we will not renew the license agreement when it expires at the end of next year.

Although Ben & Jerry's will no longer be sold in the OPT, we will stay in Israel through a different arrangement. We will share an update on this as soon as we're ready."

You can read the full story here.