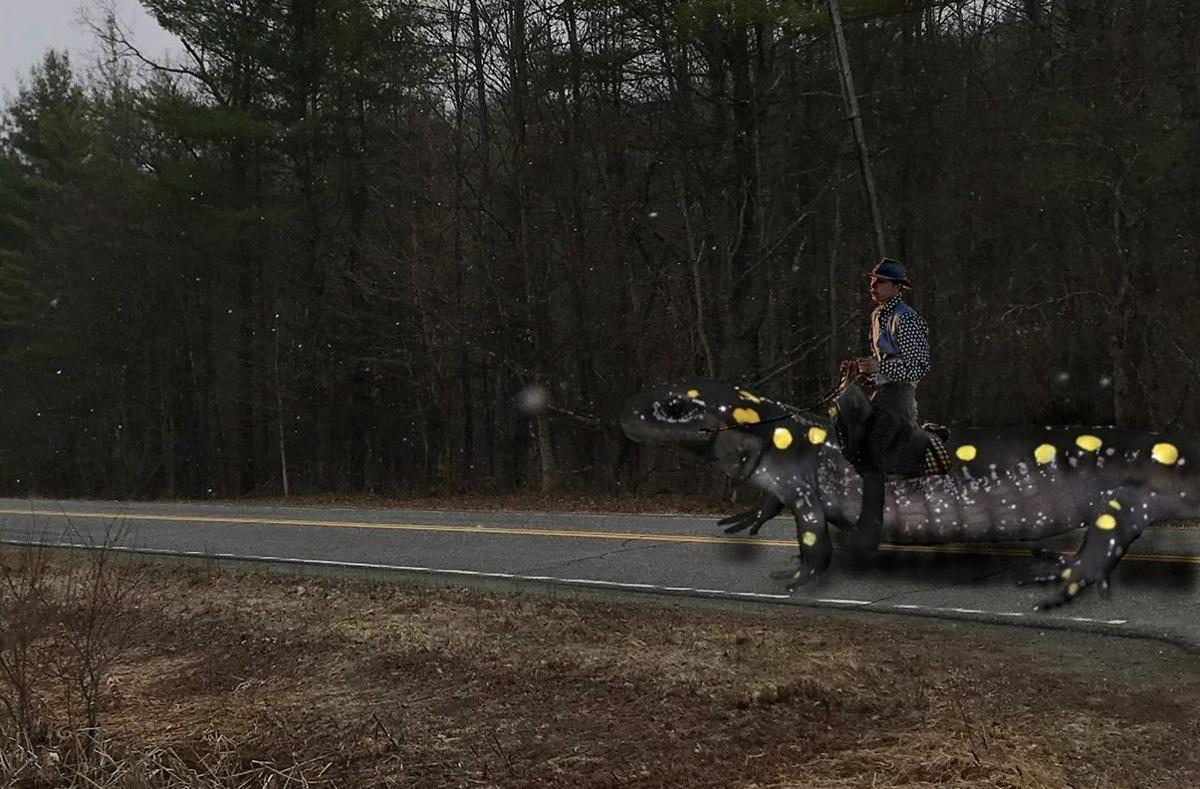 This one seems to only cross on April 1st. 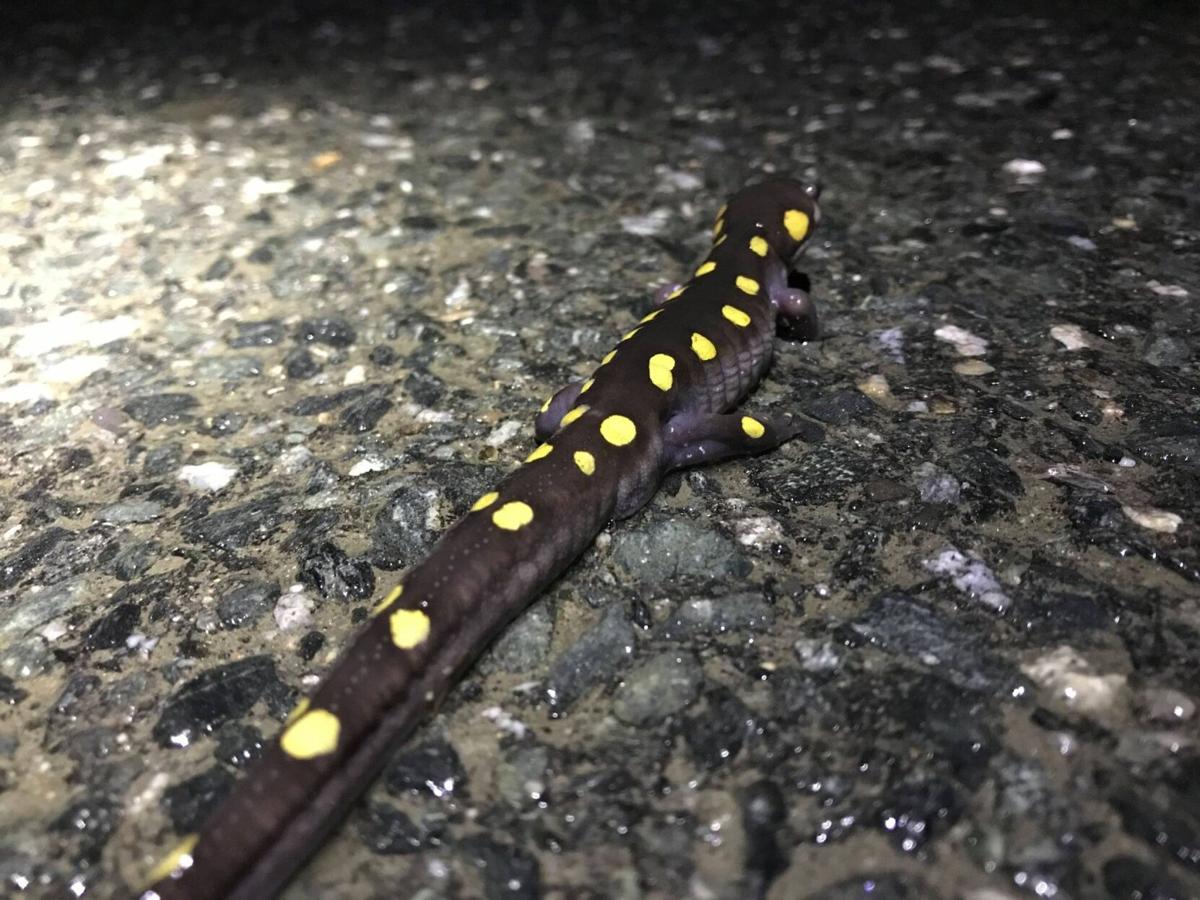 Mud season doesn't only bring out the muck; it is also the time when the drenched earth of Vermont inspires thousands of salamanders, frogs, and toads to make their way to vernal pools to breed. Those crossings happen on what is known as "Big Nights."

Many are killed when they attempt to cross the roads on their journey, so volunteers across New England set up salamander crossing groups to usher the animals to safety.

The Hartford Salamander Team was on duty for both the little ones and one that only seems to cross on April 1st.

People often ask us "Why do they call 'em Big Nights?" The answer is because these first warm rainy nights of spring are when different species of giant mole salamander come out of their burrows and head toward bodies of water to breed and lay their eggs. Yeah down south they have the giant aquatic salamanders called "Hellbenders," which is a pretty cool name, but here in New England we have the giant yellow spotted sallies. The pioneers used to ride these babies for miles. They're much more rare these days, but it's still a time honored tradition to get out the saddle and reins and hop on to steer these ones over the roads to safety. Takes some practice but pretty fun once you get the hang of it. Plus they're cute

You can read more about their good work here.